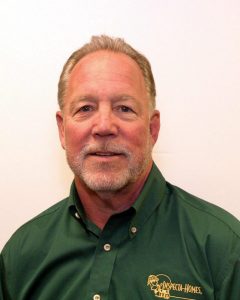 Jeff Blixt earned his Bachelor of Arts degree from Augsburg College in 1977. His senior year he completed an internship buying investment properties for a local company and shortly there rafter became licensed as a Real Estate Agent in Minnesota. In 1983 he joined ERA Mortgage Corporation as a Mortgage Banker and was soon promoted as the Production Manager overseeing the origination of mortgages by other loan officers.. In the fall of 1990 he started his inspection career as the Marketing Director for Inspecta-Homes, Minnesota and Western Wisconsin’s First and largest professional Home Inspection Company. He became licensed as a Truth-in-Housing Evaluator for Minneapolis and St. Paul shortly thereafter. He is a member of The American Society of Home Inspectors (ASHI) and a current board member of the local chapter. He currently serves as Vice President of The Minnesota Society of Home Inspectors (MSHI) as well. In 2004 he became an Arbitrator for Construction Arbitration Services, performing arbitration hearings in the Minneapolis and St. Paul metropolitan area. He has taught continuing education classes to the Real Estate Industry for several years including time spent as an Instructor for Kaplan Professional Schools.